Larissa and Haliegh want to go to Rio

After Larissa Klaassen, together with Haliegh Dolman, won the silver medal during the Paralympics in Rio de Janeiro, she now goes for gold in Tokyo! Although these will only be held in 2021, the preparations have now started. 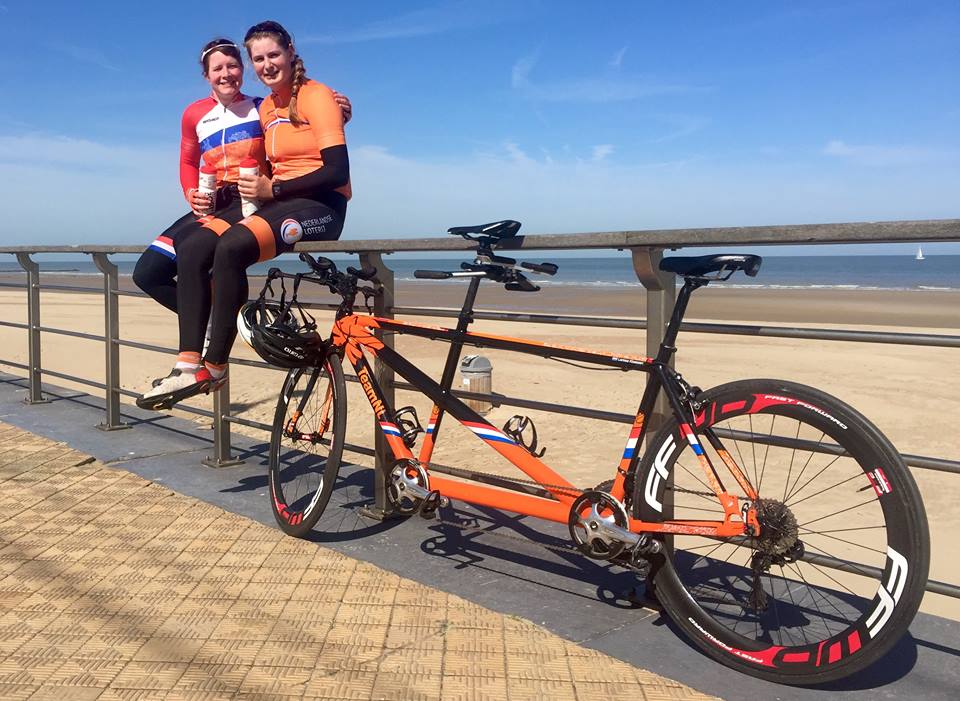 Larissa starts the adventure with a new pilot: the 20-year-old Imke Brommer. This third-year business economics student was not so long ago a more than deserving skater. Specializing in the 1000 and 1500 meters, she was already second in the Netherlands as a junior. However, she also proved to be able to cycle very hard and since last year she has been part of the National Talent Selection of the NOC * NSF in track cycling. National coach Eelke van der Wal saw a promising combination in Larissa and Imke and brought the two together.

'We met for the first time in March 2018 at the World Championships in Apeldoorn. In the stands. And it immediately clicked ', says Larissa enthusiastically. "Imke is cheerful and spontaneous. Together we laugh at everything. But we are both also blood fanatics. Without putting too much pressure on ourselves. Because that does not work with me, I have discovered. '

During a training camp in Mallorca from 14 to 21 March Larissa and Imke were together for the first time on a tandem. It became a success. Twice they climbed the Randa, the highest mountain on the Spanish island. And for the first time in her cycling career, Larissa completed a training ride of more than 100 kilometers. 'Afterwards I had a stiff back and neck, but not the pain that I had previously experienced. Cheering and with a big smile I got off my bike.

The aim of Stichting VIPSport is to financially support Larissa Klaassen on her way to the Paralympics in 2016.
A minimum amount of €30.000,- is necessary for this aim.
Your help would be greatly appreciated!

Sponsors are given the VIP treatment

Sponsors are given the VIP treatment

Will you take part? All donations are possible!

Will you take part? All donations are possible! 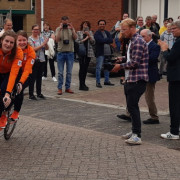